This has really been Joel’s baby. Part of the major selling points to our house for Joel was the size of the yard an potential for outdoor cooking. Ever since he was able to use an outdoor oven at an AirBNB we stayed at in Flagstaff, AZ over Xmas, he’d been anxious to get crackalackin’ on it. To build the oven, Joel was mostly working off ideas from Year of Mud and Delicious Magazine’s suggestions from Simon Brookes.

In choosing a location for the oven, we were lucky to have a(n unused) bocce court on our property. This meant we had a flat area that did not require leveling or other prep to start on.

Once a proper spot was staked out, we planned what we wanted to do with the base. We decided to build it out of wood thinking it would be less expensive than using cinder blocks (whether or not this is true is debatable). The final cost building the base was ~$250. We constructed the base by laying out the 4×4 wood pieces and using 3ft corner braces to provide hidden structure from the inside. Once the base was created we filled the inside with urbanite and other random material to be used as a heat sink. We sourced 98% of the fill material (a shi* ton of material) from the “Free” section of Craigslist.

Once filled, it was time to get prep the cob. The cob was a mixture of sand, clay, straw, and water. We purchased bags of clay from a local rockery, and the straw and sand from the hardware store. Ratios and how-tos. For these supplies, we spent around ~$250. The first layer of cob was put down and a shallow trench was created, which we filled with bottles and perlite for insulation. Because of a fairly rainy winter in Oakland, we had been able to spend a good amount of weekends imbibing some craft brewskis and saving the bottles for the oven.

Once the insulation was added and first cob surface was sufficiently dry, more cob was put on top to create a good level base on which to put the fire bricks that would be the cooking surface. We found the fire bricks used at Oakland Landscape and Supply. The folks at OLS are super nice (it’s now my go-to place for rocks and such) and we got a great deal on the used bricks. They came from a local bakery that recently re-did their ovens. The total was < $50. Joel laid out the firebricks after the level cob floor had fully dried.

Next, Joel and Abe fashioned an opening for the oven out of a shaped piece of leftover particle board (Abe is a woodworker and had a bunch of scraps). They shaped a cob opening around it and around a galvanized pipe for the chimney. Using sand, they built a dome,sized as big as what was to be interior, and covered that with newspaper. When the cob opening was completely dried, the sand dome was covered with cob. When the entire oven was dried, Joel shoveled out all the sand from the newly finished oven.

At this point, the oven was usable, but I wanted to prettify it by making a mosaic. I purchased a bunch of broken Mexican tiles (~40 lbs of tiles) from Tierra Y Fuego. The cost of this was ~$100. Applying the tile was much more challenging than I anticipated. In hindsight, instead of placing the tile directly on the wet cob, I would have waited for the cob to dry and applied a layer of thinset mortar to place the tile on. Since I didn’t do that, when it came to grout the mosaic, I struggled with shifty tiles.

In the end, Joel and I are psyched about our yard, the future, and possibilities.

So before we even moved in, I wanted to add a splash of color to the all white kitchen.

Having done a fair amount of internet research decided to go with General Finishes milk paint in Persian Blue. Why did I decide to go with this? For people that know me, they would testify to my religious adherence to doing things as efficiently as possible. That essentially means, I’m lazy, and prefer to save time for other pursuits like eating delicious food, and dabbling in my other myriad hobbies.

Over the course of several hours, effort-wise, (elapsed time 2 weekend days), we were left with a sweet looking pop of color.

We decided to leave the top cabinets white… for now.

Overall, pretty pleased with the result. We used a General Finishes satin topcoat to seal things. A quart of paint was more than enough for the cabinets.

So it looks like the Bay Area is going to be a more permanent thing. Kinda locked myself in. Found the most charming craftsman bungalow. It’s an old house with tons of charm and tons of future projects. The first being el nino-ifying the roof. The house itself is nearly 100 years old, hard to say how old the roof is.

Hoping to start blogging more with pictures of home improvement projects. Between Joel’s mechanical inclinations and my google aptitude, I am hopeful our AGAP projects will be on point.

I live and work in San Francisco. It is a surreal place to be. The juxtaposition of the absurdity of what haves have and what have-nots don’t is often wild and is not so far away from the movie Upside Down (a Kirsten Dunst movie that I stumbled upon a while back and surprisingly enjoyed).

I constantly struggle with my place here and reconcile what I ostensibly am (a have) by volunteering my time. For the past 3 years, I’ve worked with an all girls HS in the city that provide private education to children of low income families. We spend 4 months out of the year working together on creating a mobile app that will benefit their local community, where I act as a mentor. It has been the most rewarding experience I’ve had and the culmination of this for me was learning that one of the girls in the program is majoring in Computer Science in college.

I understand the crazy amount of opportunities pursuing a career in technology has afforded me, the daughter of refugees from Vietnam. I want the same thing for the daughters of immigrants from Columbia, Mexico and the Philippines.

The program is part of a larger competition open to girls globally. I frequently interact with mentors of other area schools and often (as we are in Silicon Valley) these other schools are abundant with resources. They have computer labs, computer curriculum, laptops. The girls that attend these schools come from well off families where one or both parents are professionals. I am naturally pre-disposed to resent these other folks and their pre-seeded opportunities.

The school I mentor at has no computer program. It has a plucky math teacher who goes out of her way to make sure her students seize any and all opportunities. She has pushed the school and her students to participate in this program every year for the past 4 years. She has given her time to make sure they follow through on their commitments. She has made it fun, so much so, that girls want to participate every year they’re at the school.

The girls come from families who care about their children’s education enough to apply to the school and hope they get in, but often both parents work non-professional jobs. Never have I gotten the sense that the girls felt things out of reach for them, but they have noticed that the winners of the competition every year come from wealth. I’ve been a judge for the competition for the last 2 years. The production level of the recorded app pitches, the coding complexity and output of these wealthier schools illuminates the advantages a computer curriculum and resources provide to their students.

Every year though, we go into the competition to win it. Because winning in the face of adversity isn’t the only underdog story worth telling, playing like you’re going to win is just as good.

Several years ago when I first became a manager, I realized my accomplishments seemed fewer and further between. Every setback seemed to push me even further away from any real sense of accomplishment and I constantly feared failing and having my abilities questioned.

Recently, while taking some training on mentoring children, I was reminded of Carol Dweck’s theories of intelligence (Growth vs Fixed mindset). If you’re unfamiliar with it, it’s a good read. The training I was participating in details how you interact with children, provide feedback, praise them, etc in a way that fosters the thinking that failures are learning opportunities, challenges are exciting. It’s not about how smart they think they are, but how capable they believe they can be through persistence and effort. What I realized was that it’s easy to fall back onto this idea that you either do something and succeed or you do something and you fail – instead of thinking, well I failed, how do I do better, what can I tweak to succeed.

This is a bit fluffy of a read, but has some good tips to develop your growth mindset: http://tinybuddha.com/blog/adopt-a-growth-mindset-and-stop-fearing-criticism-and-failure/

So I picked up our first veggie box on Wednesday from the Hattery SF, a co-working space in SoMa. River …

Last fall, my wonderful friend Stephen who has a lovely garden at his home in Russian hill donated some amaryllis bulbs to me. I haven’t been very good at keeping them watered, but was trying for 1x a week. I possibly planted them too close together in the box, but after several months, green stalks started sprouting up. After a while, the green keeled over and I was left with some dried yellowish stalks that I trimmed. I kept watering the bulbs and lo and behold a few weeks ago, things were in bloom! 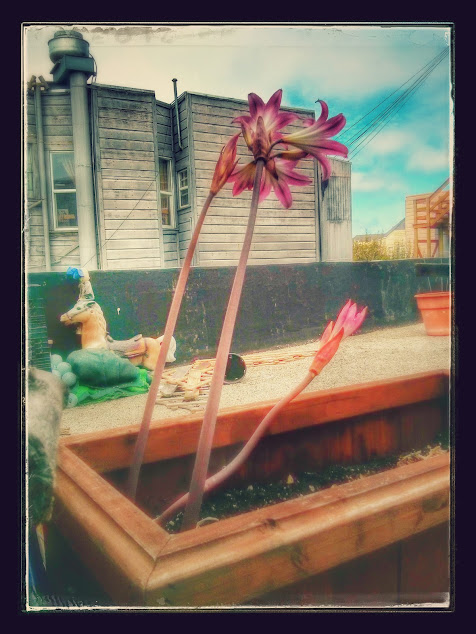 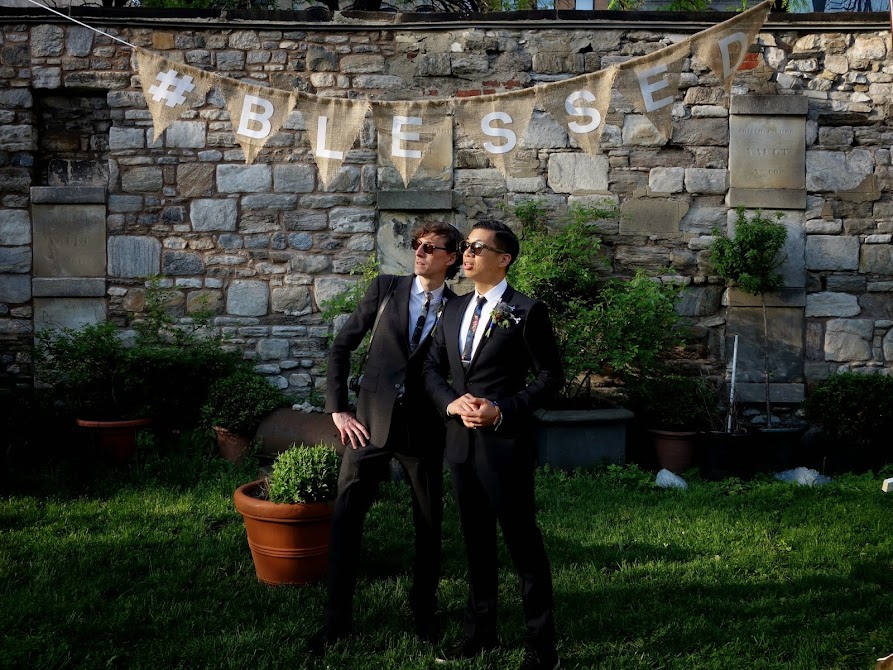 i’ve never been good at practicing. i remember being forced to practice the piano. i would be sobbing and playing some elementary Chopin. when i took up drums in my later years, i thought things had changed. i was ready to be heather from tiger trap. but there i sat. just as i did as a child. not sobbing this time, but annoyed i wasn’t already good. annoyed that i had to practice basic drum fills.

i’ve always preferred just doing. making something from just doing. i hate starting off small. i hate using sewing patterns. i hate studying. i want to wing everything. see what happens. but i’ve realized something while reading some of the managerial books that i’ve decided will transform me from a bumbling new manager to an awesome experienced manager – i need to practice.

i hope i get good at this. it sure would suck if all this practice was for naught.